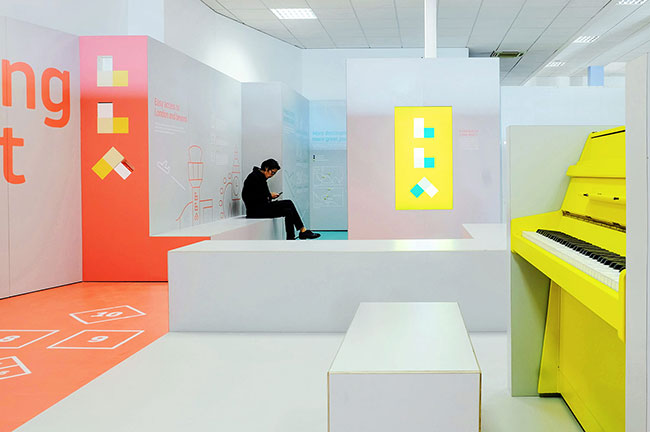 The visual identity and planned design changes aim to present London Luton Airport as a more efficient and passenger‐focused airport. The essence is ‘simplicity with a smile’ — bringing delight to passengers by making their journey, easy, enjoyable with unexpected pleasant experiences.

The inspiration for this branding and identity

The brand is being launched to coincide with the start of the Airport’s £100m development programme. The two go hand in hand. As such the brand identity is incredibly important as it is a bold symbol of the intent to change the fabric of the Airport and the passenger experience, as well as something the staff can be proud of.

The design process, from inspiration to completion

We worked very closely with the management team to understand and respond to their ambitions for the Airport and to put its customers at the heart of everything it does. The identity is a visual manifestation of the brand values that were developed as the outcome of in-depth passenger research and a series of workshops with senior management, staff and stakeholders. These four values underpin the new brand and visual identity, and are unique to London Luton Airport.

Engaging the airline partners who use LLA was also a fundamental part of the branding process. It was clear from the outset that they recognised the importance of the Airport becoming a brand as this would have positive implications for their own businesses. As such they have warmly welcomed the work we’ve done.

Almost all airport identities try to capture the idea of flight, motion or direction — an approach that we believe is tired and, in essence, incorrect. Airports are incredible spaces — meeting points, crossroads, destinations — but they are of the land, not the air. As such we felt it was more appropriate to create an identity that could celebrate the dynamism and ambition of LLA, rather than a vague notion of flight. 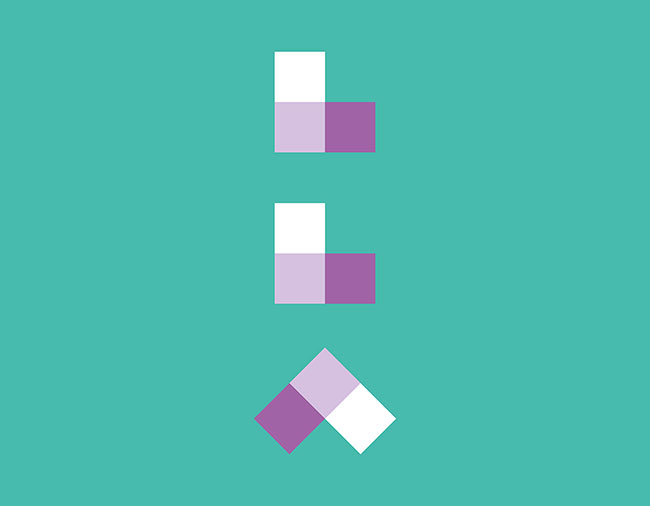 The new visual identity is based around a flexible, modular marque that can be arranged horizontally or vertically and filled with block colours, graphic patterns or photography. A bright colour palette inspired by the sky at different times of day and night. Gijon-based studio Atipo were commissioned (by ico) to create a custom typeface and icon set. 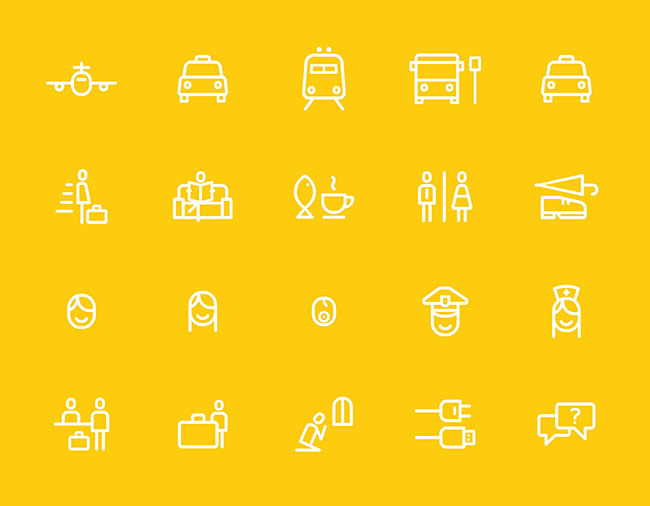 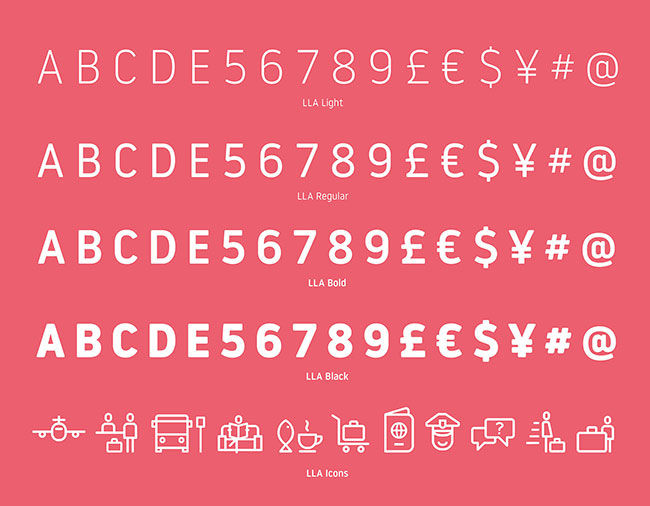 The marque acts as a symbol and also an acronym, LLA, and has been created to be totally appropriate in a world where applications are increasingly screen-based and animated. Flexibility is a key aspect of the entire visual language — it needs to be able to communicate to different audiences at different times; from marketing communications through to statutory signage. 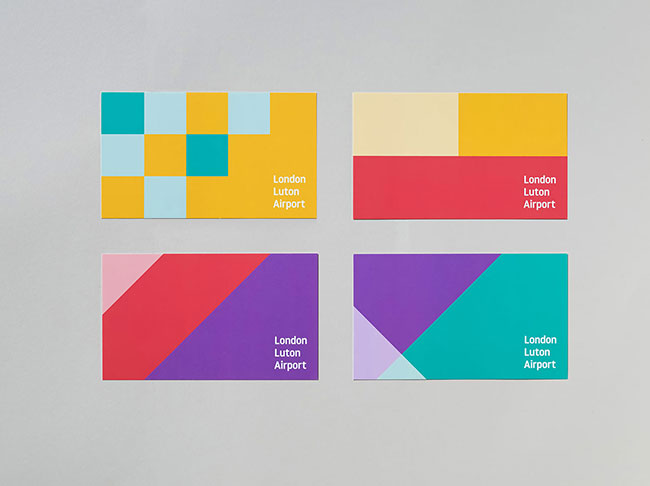 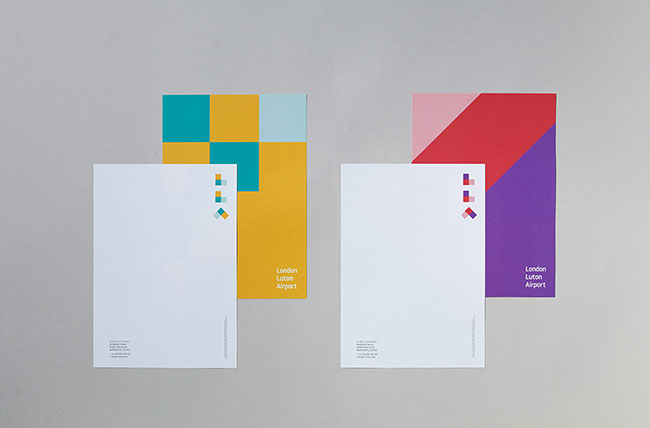 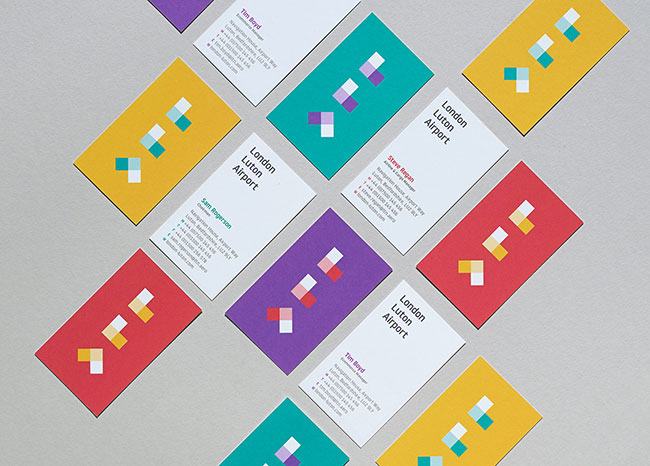 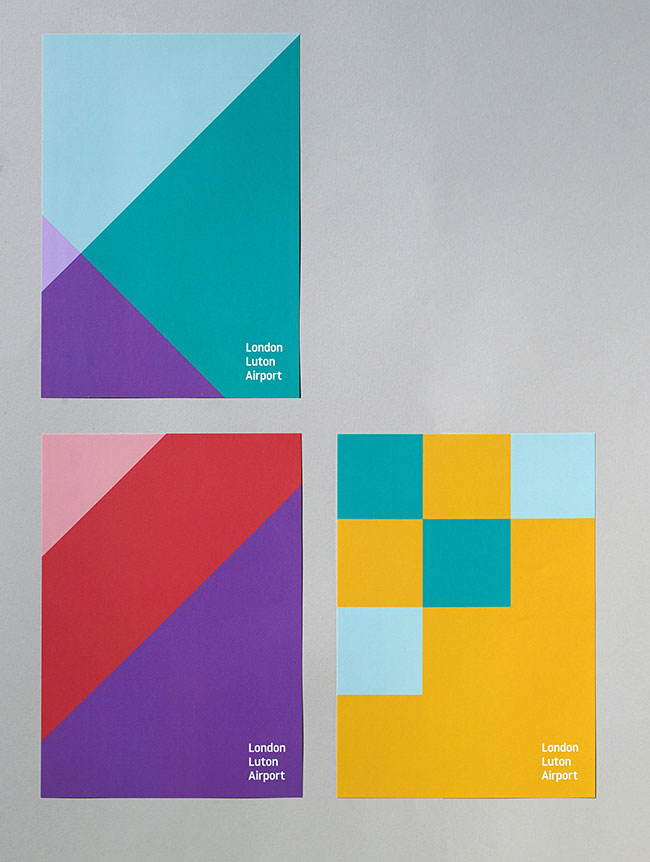 How branding can help this airport capture market share

The London market is incredibly competitive, served by at least six international airports. Add to this a public who now expect transport infrastructures to be far more than just empty terminuses (as we’ve seen with the regeneration of London stations such as St Pancras and Kings Cross) and there is a definite need for every airport to do its utmost to actively appeal to customers an emotional level, not just a pragmatic level.

The new typeface, photography and colour palette add some much needed interest to interior spaces, and the branding will help LLA establish a stronger voice, challenging perceptions of it as a lesser known alternative to Heathrow, Gatwick and Stansted. The new brand will help communicate the key advantages of LLA; its geographical location and its compact nature — as a single terminal airport the journey from check-in to departures can be very rapid.

Bringing the brand to life inside the terminal

In the new walkways, large-scale type is used alongside graphic shapes and imagery of popular destinations served by the Airport. The images are inspired by street photography rather than travel brochures and polished promotional pictures, and those used so far feature locations in Israel, Poland, Spain and the Netherlands. 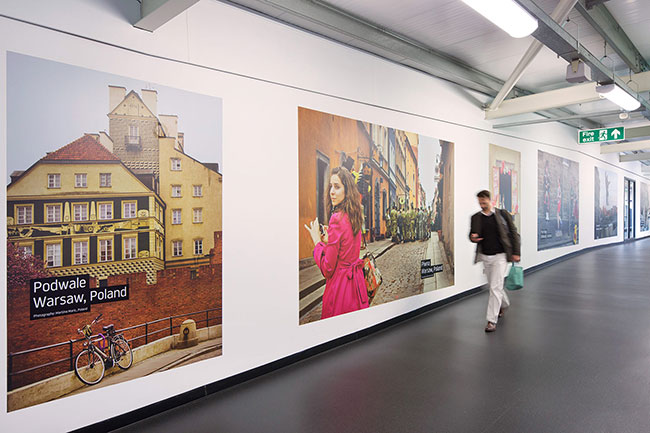 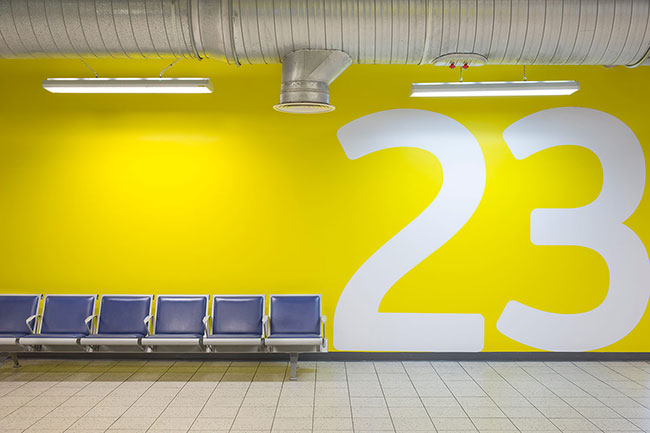 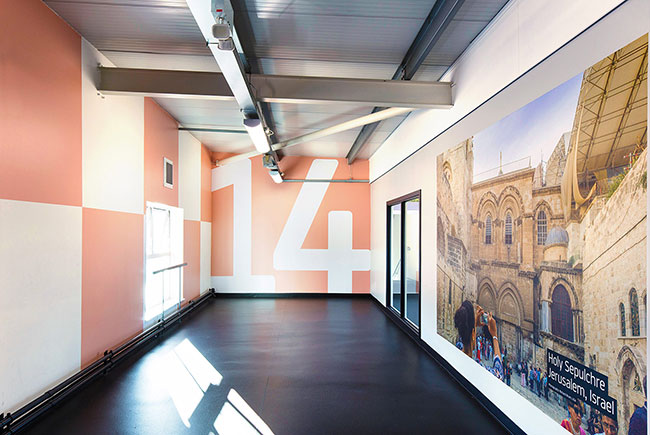 The concept is ‘stories from the street’ — it follows the brand values of creativity and unconventional. All the photographs were sourced by approaching European street photographers directly, through ico’s own contacts. 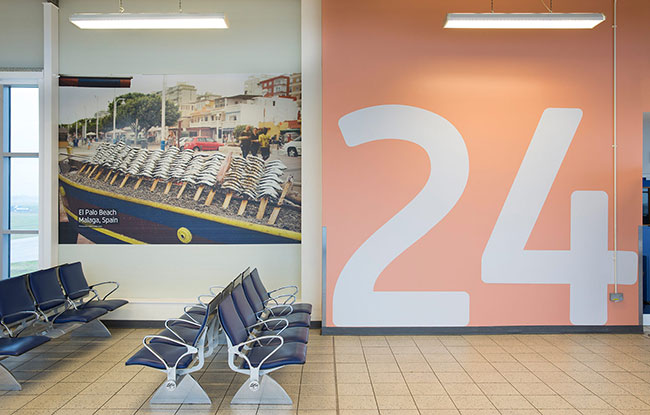 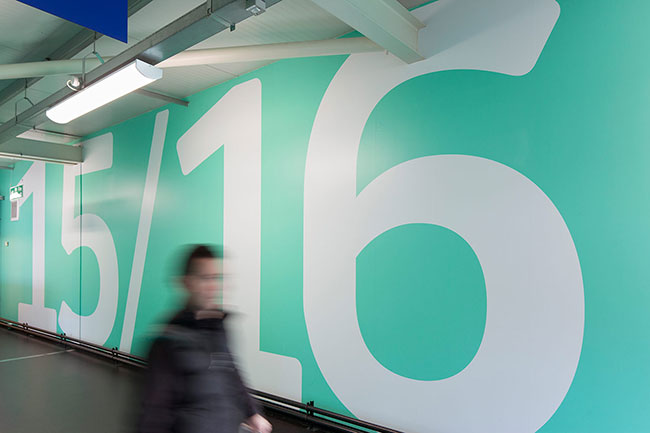 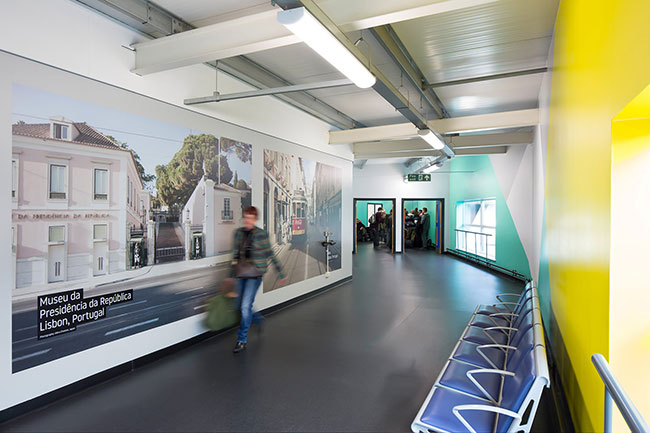 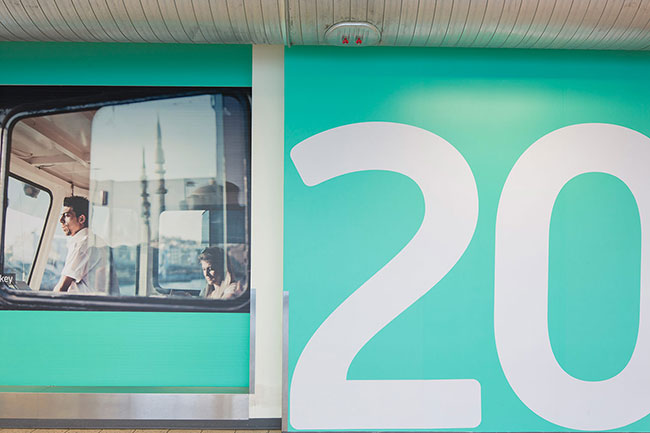 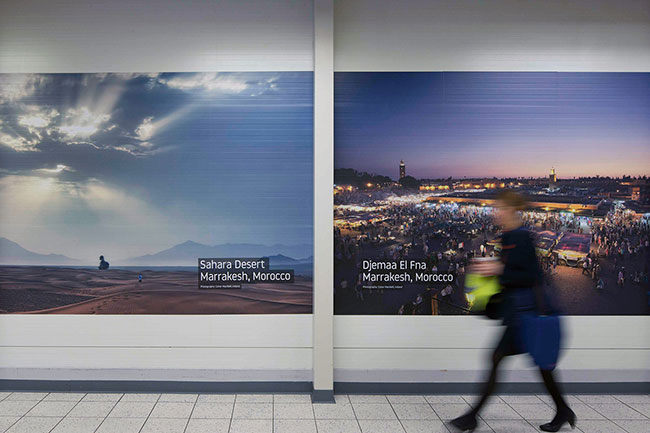 An exhibition to introduce the new brand

To celebrate the ambition of the Airport’s new direction we created a temporary exhibition aimed at both staff and passengers. It brings the new identity to life whilst succinctly explaining the physical transformation that LLA is set to experience and the benefits this will bring for passengers and staff alike. 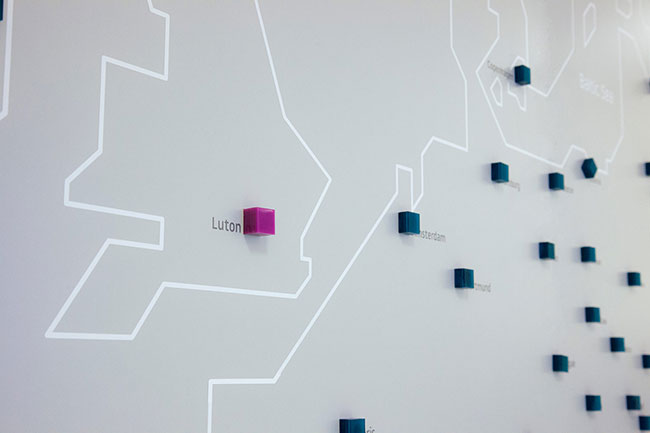 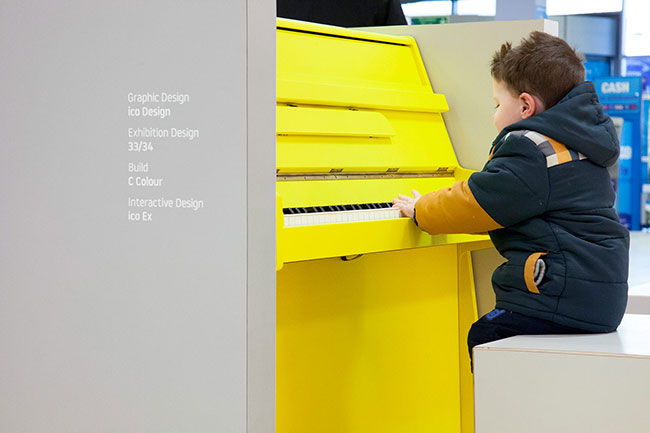 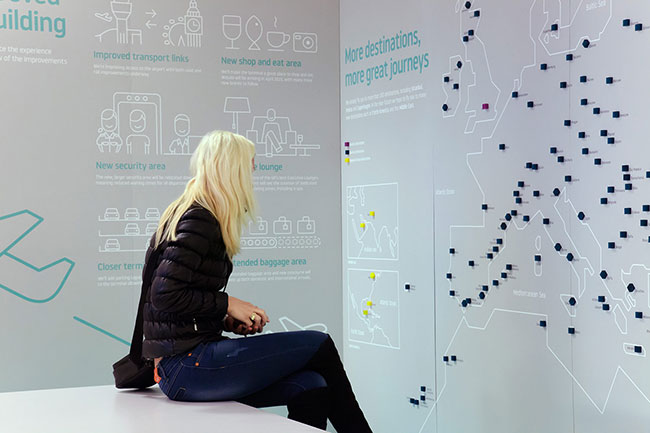 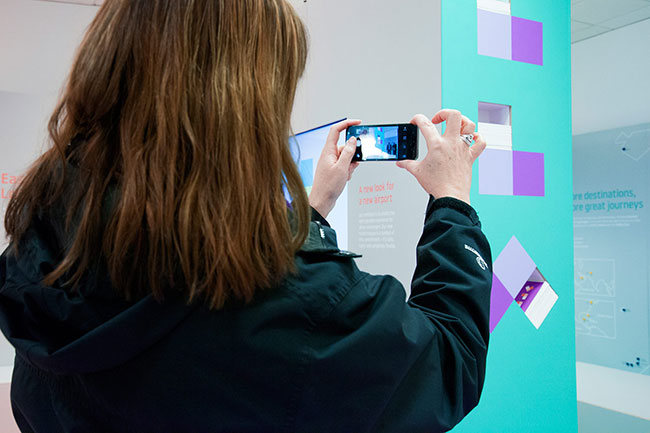 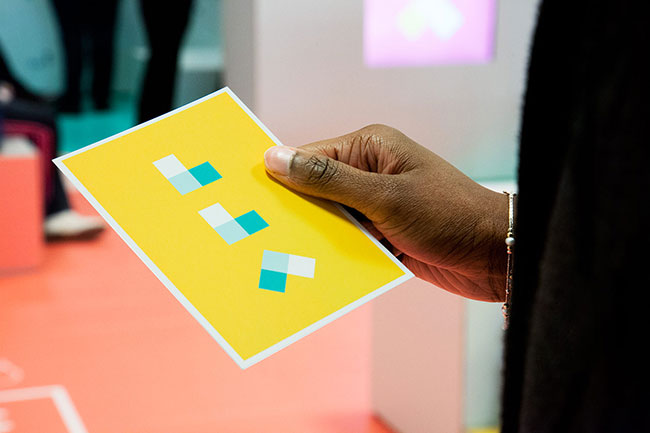 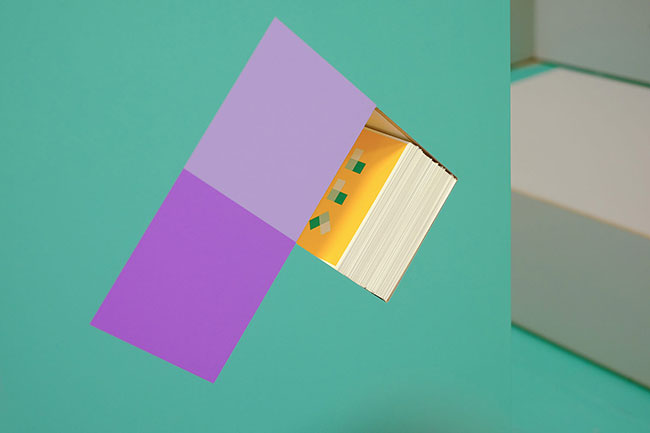 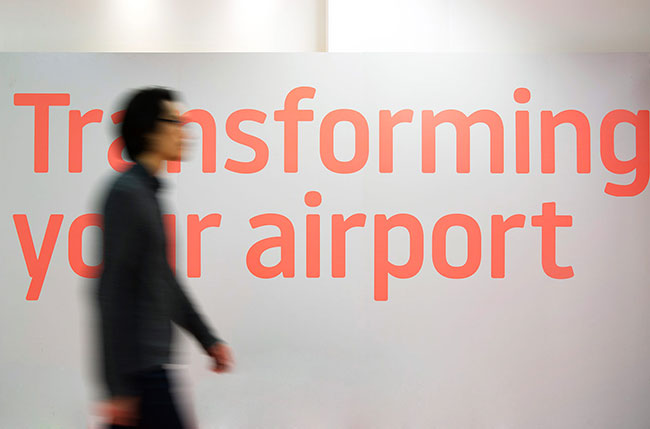 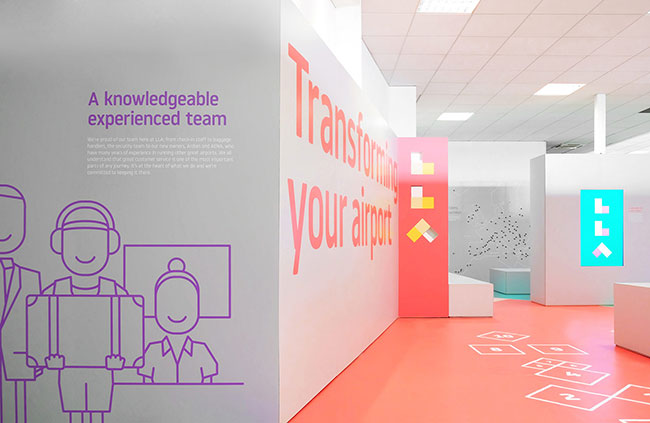 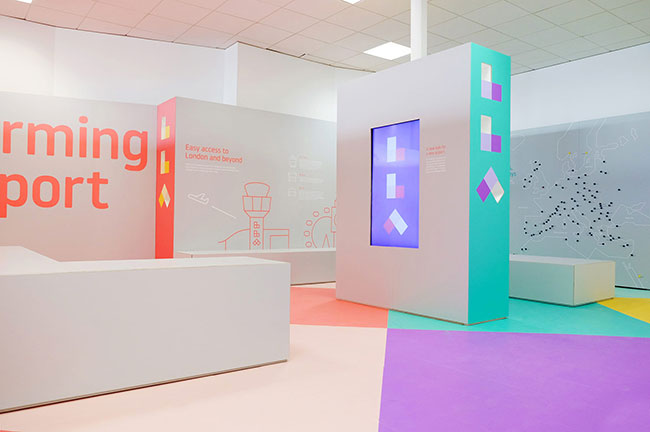 I remember seeing this launch a few weeks ago and being really impressed. It’s a brave move for an airport to be quite so bold and contemporary but in my opinion it really works and definitely gives the airport a unique voice. It has scope, flexibility and a kind of serenity that would ease passengers’ experience of the often stressful task of flying. My only quibble would be that the walkways don’t quite live up to the rest of the identity. It would have been nice to see the photographs take on some elements/colours from the logo.

The concept is without doubt a refreshing approach to the usual airport branding. I couldn’t agree more with Dan, it would be nice to see some of the branding put to use on the large-scale photographs of airport destinations, as they do feel a bit disjointed from the rest of the campaign.

I am not quite into it. The colors and patterns might be too heavy and I am not sure whether the creators considered passenger experience. The color and pattern could not release passengers’ emotion, anxiety, happiness, or sadness.

Airports are the places that make people become emotional. The colors and patterns could not manage the emotions very well. It brings people to confusion, and it brings noise to passengers’ hearts.

When time goes, year by year, people will totally lose interest in these “beautiful colors” and start to dislike or hate it.

I still think minimalism should be the approach to leverage emotions.

Designer’s egoism will constrain people in the end.

The photographs are the best street photography I’ve ever seen — very good. As far as the interior design goes, the walls were dirty and it felt like an area under construction. 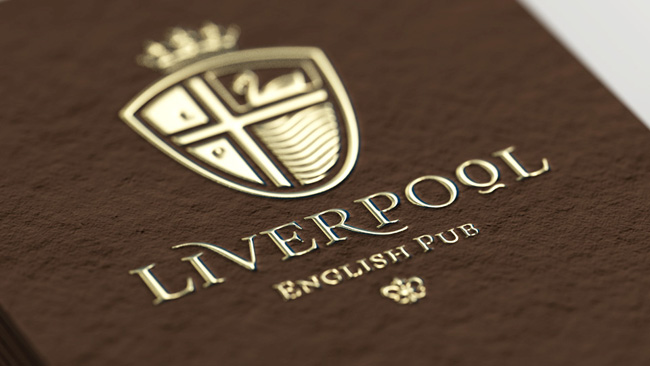 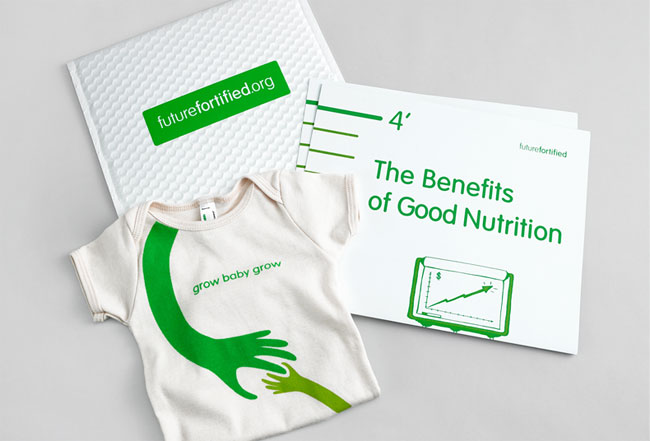 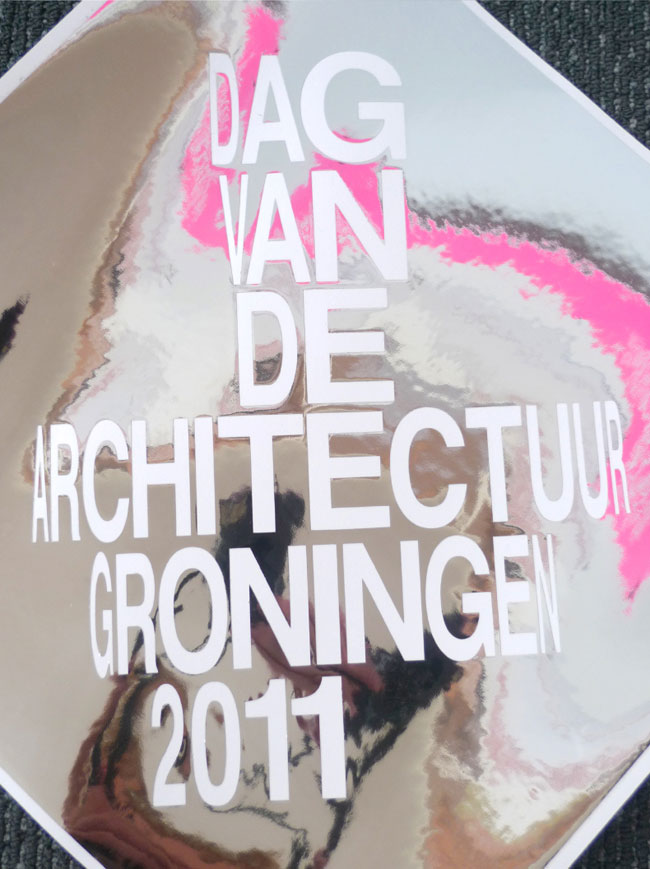