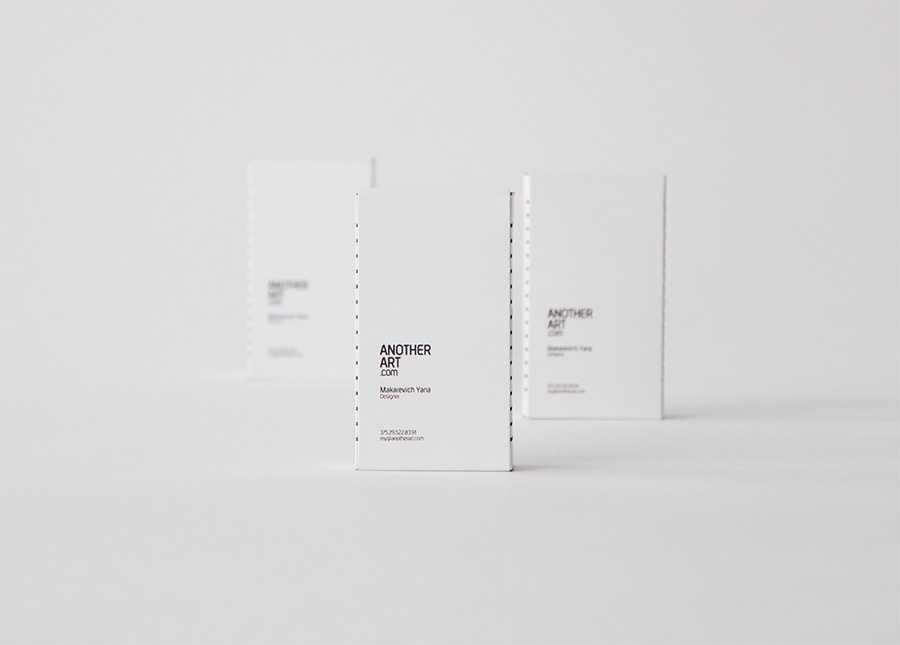 My personal identity project began in 2011 and continues to develop today. New letterhead layouts on inkjet film were added a couple of months ago, as well as new photography and a GIF animation.

The project wasn’t originally conceived as a brand identity, but instead began with a simple task while studying at university. I tried to create an illusion: the sculpted hand should touch the shadow that casts itself (referring to the work of Michelangelo). During the task I found an unusual way to create a hand shape and decided not to overwork it and to show the idea as clearly as possible. 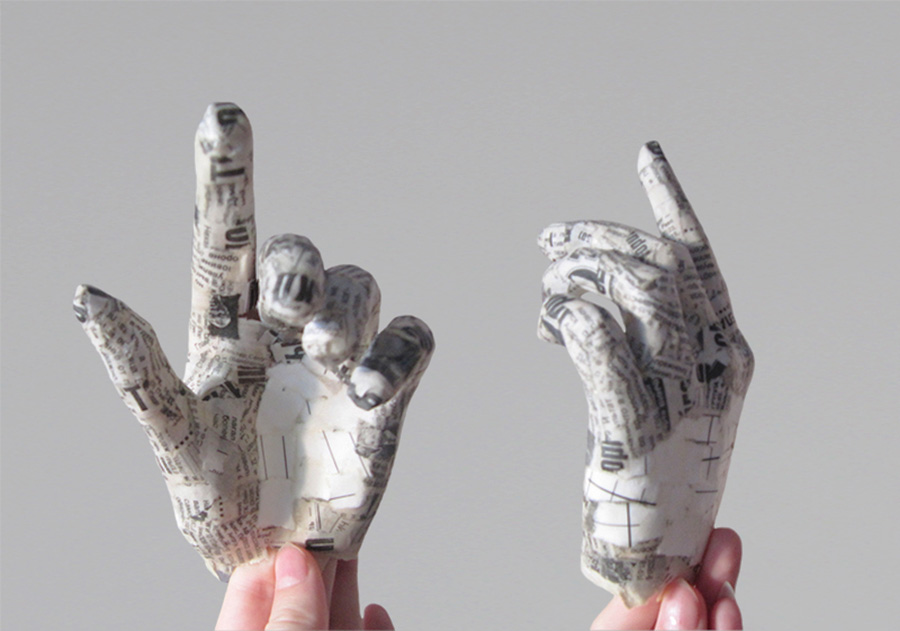 I used papier-mâché to form my hand, and when it was dry I cut it into 15 layers. 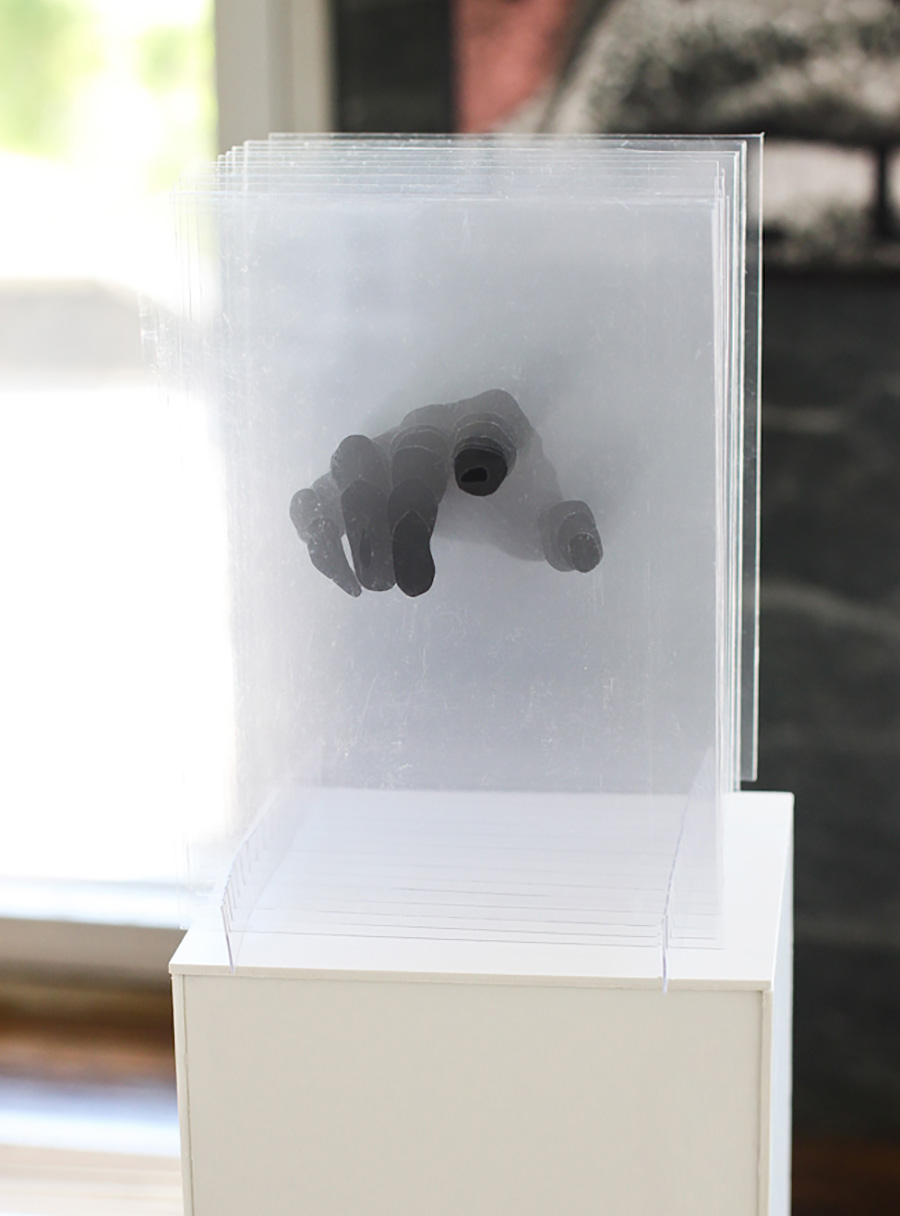 Nothing can identify the artist better than the work instrument and the way he or she thinks; that’s why I decided to develop the project into my own identity. 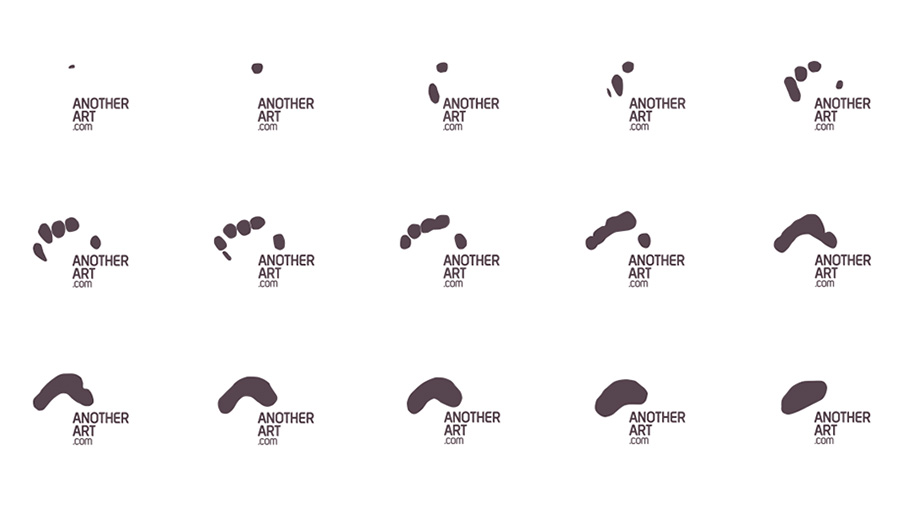 The hand symbol is used on transparent materials only; elsewhere I use a logotype without the accompanying symbol. 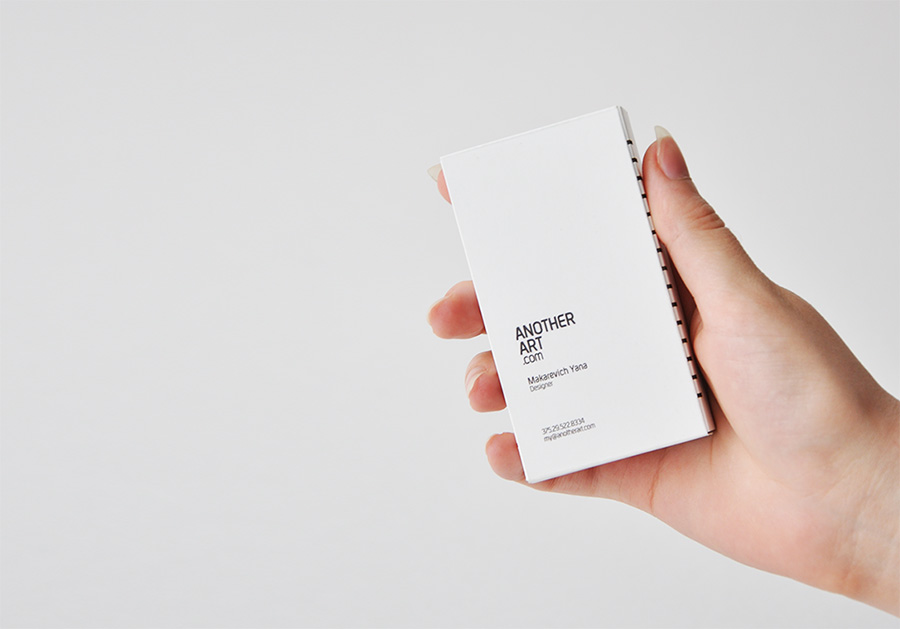 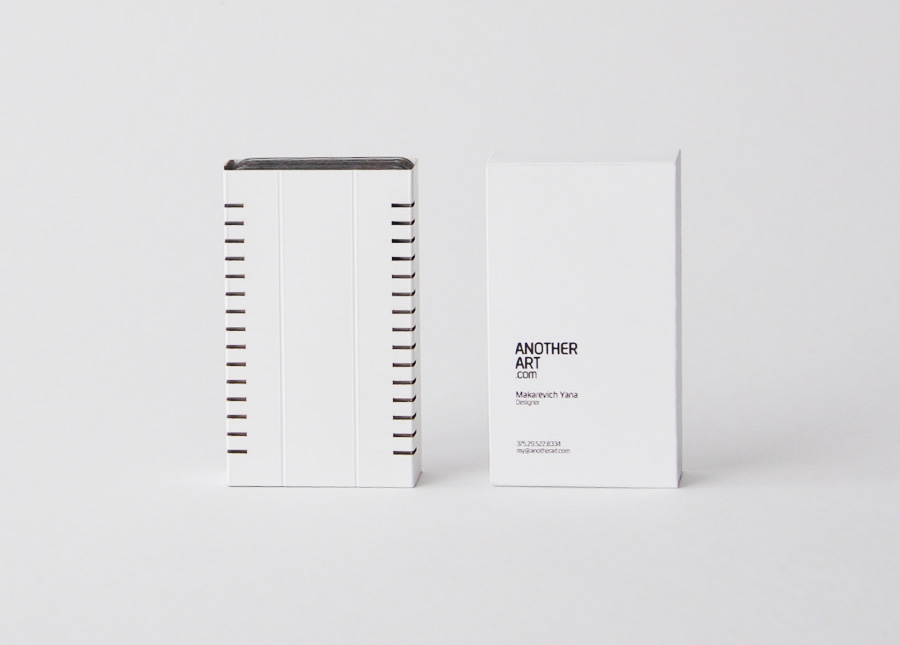 With the rise of the Internet and social media, business cards have lost their main function — now anyone can be easily found by name. So a business card should be something more, it should amaze, entertain and remind us about its author. 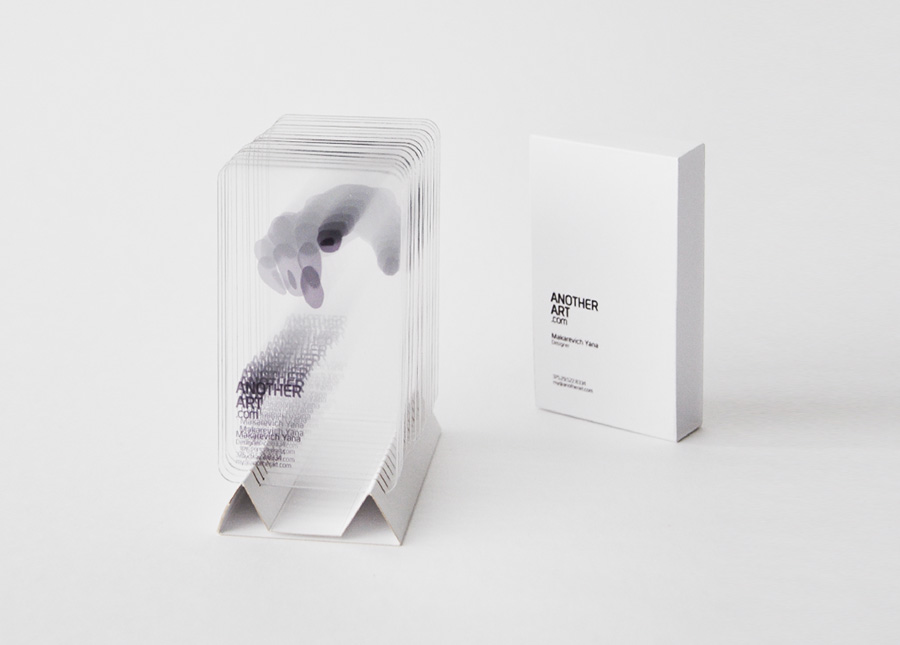 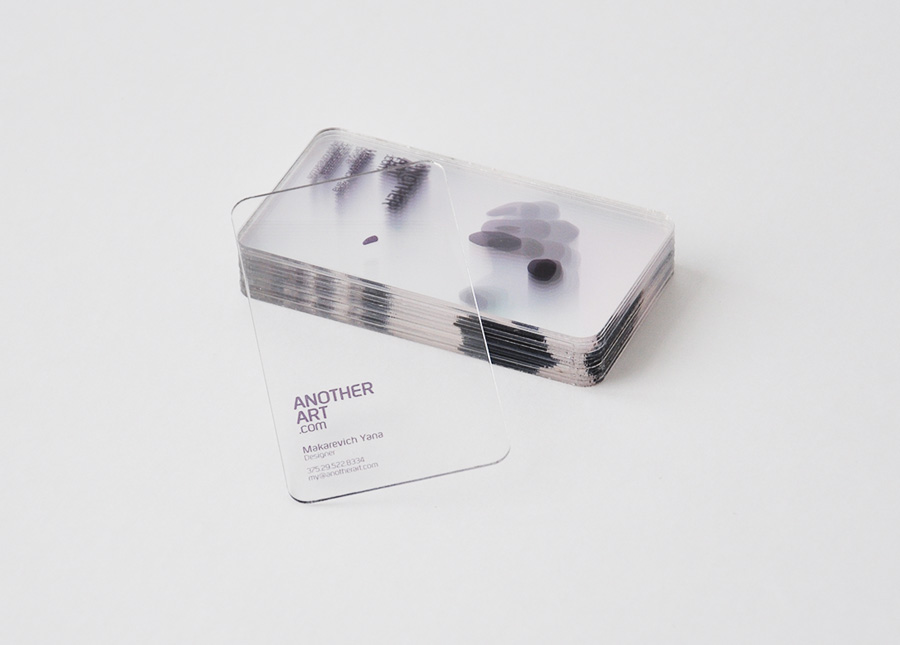 There are six layouts for the letterhead, creating interesting graphics when overlaid. 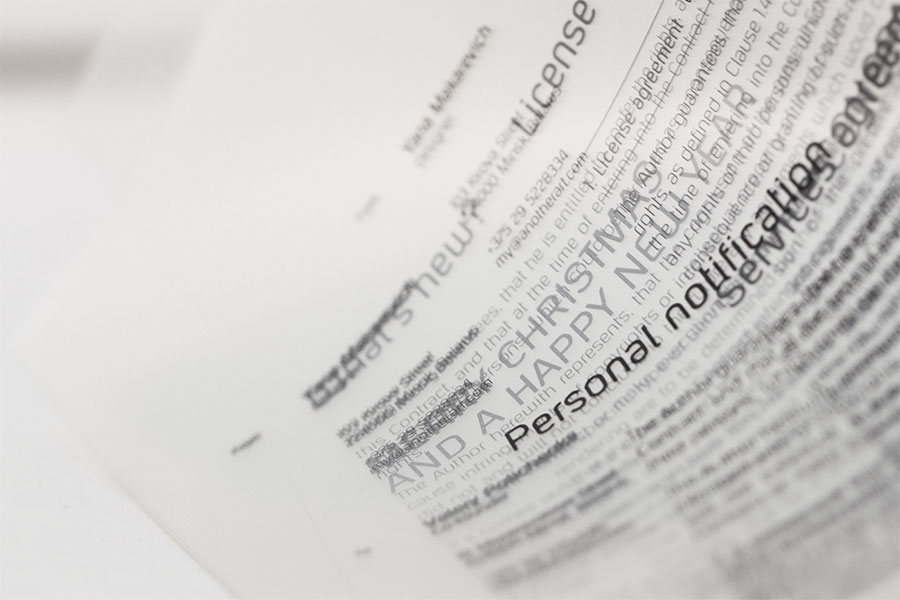 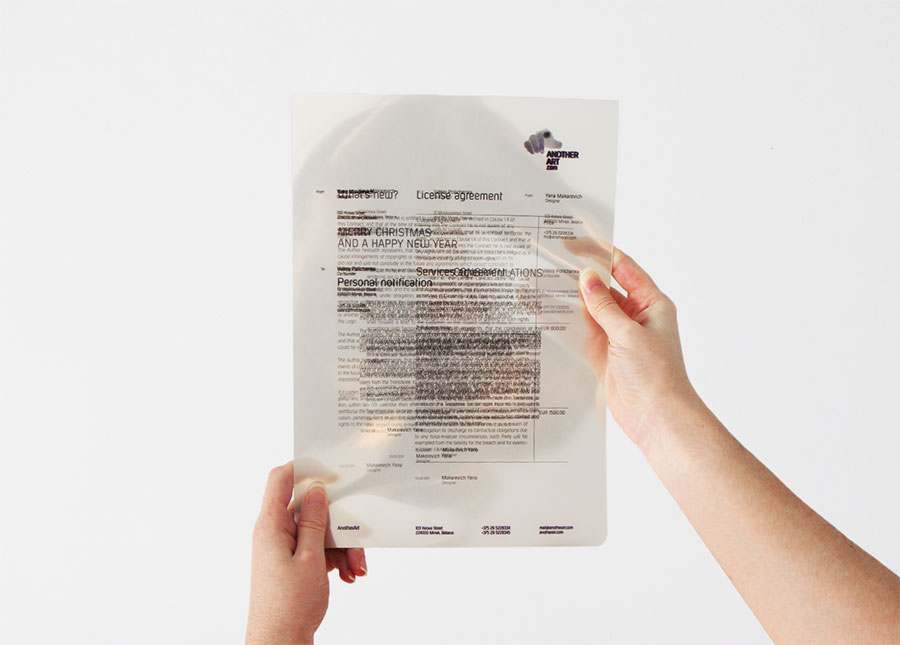 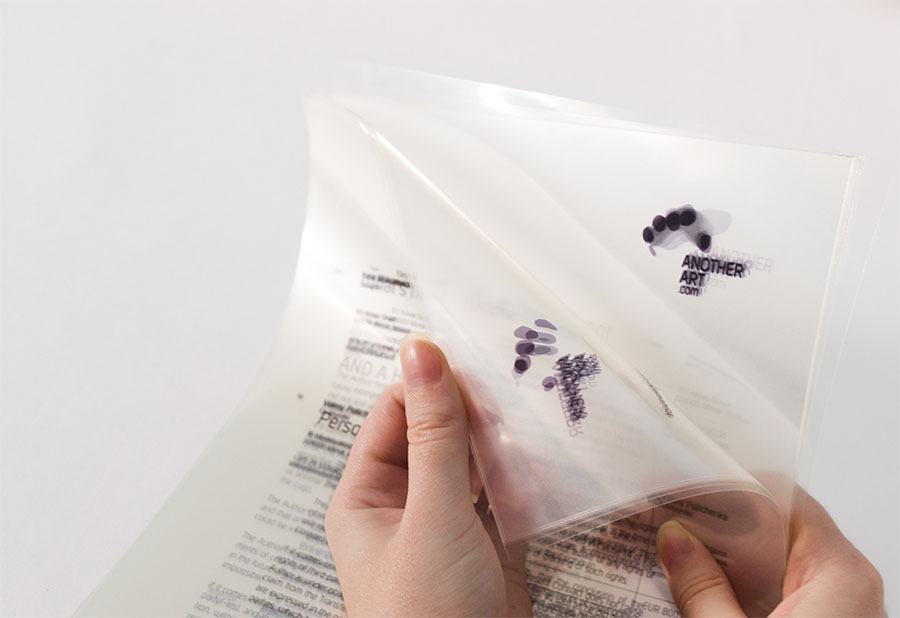 The project has appeared in a large number of publications, most recently in the second edition of UnderConsideration’s Flaunt (2015).

A lot of clients have contacted me after seeing this project on the Internet — clients that are ready for unusual propositions.

A good idea doesn’t have an age, and continues to work for years.

More from Yana Makarevich on Behance.

This is a really interesting concept, and totally unusual. It’s just not right for an identity. It comes off as impractical and worse than that—creepy.

What I don’t understand is why can’t the beautiful hand be used everywhere? Why only limit to certain transparent surfaces? I love it, though. Great effort! 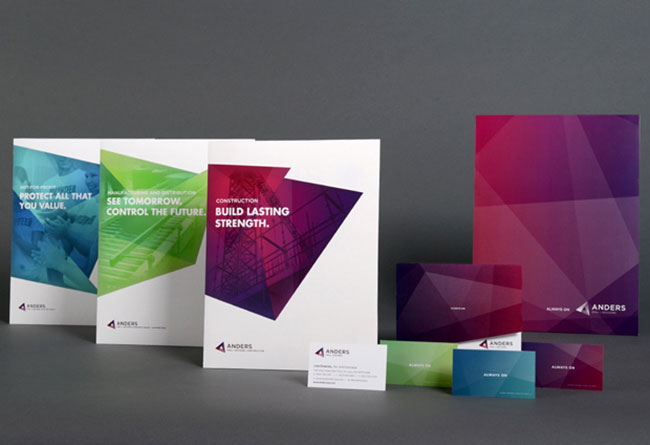 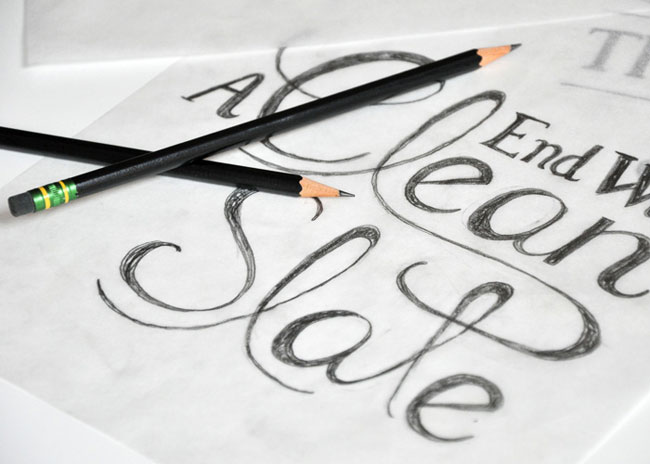